What are degrees of freedom in statistics? – Part 2

. For an effect to fall in the sampling distribution 95% of the time, we use z scores of

. The standard score defines the margin of error and is used to calculate the 95% CI.

, but usually, the only estimate of

we have is our sample varience

. To use the sample variance

to calculate the CI, we instead use a t value, which is expressed almost identically to the z score:

Both z and t will vary from sample to sample, since

varies. But t varies more because it depends on both

. We can see how t varies by looking its distribution. There are many t distributions because the distributions change depending on the number of degrees of freedom. This means that for a 95% cut-off, the t value only approximates the z score when degree of freedom is large: 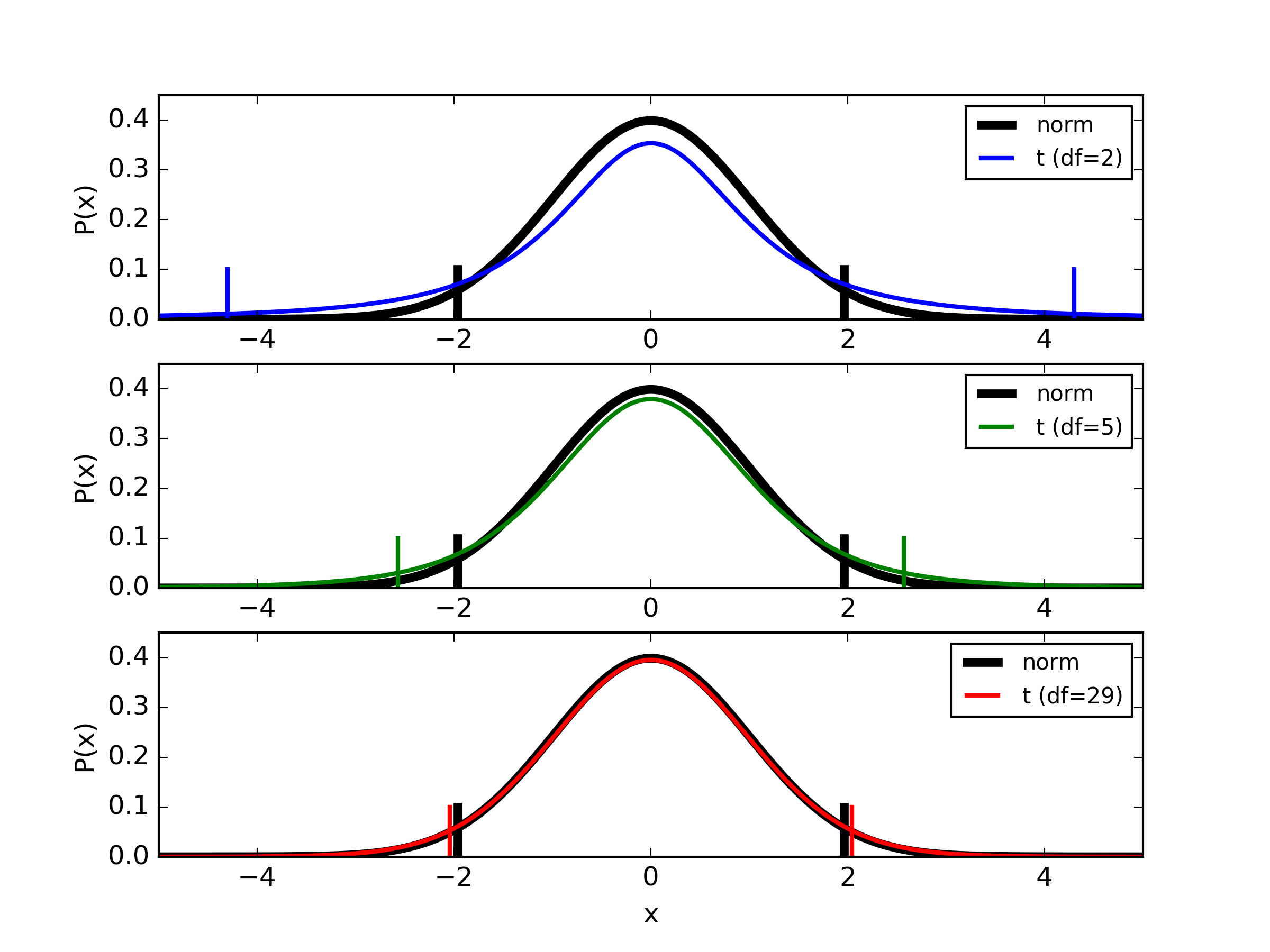 The width of the confidence interval is determined by the margin of error. The margin of error is determined by the t value or z score, and the size and variability of the effect. Narrow confidence intervals indicate precise estimates of effect, and are obtained when t values are small. Small t values are obtained as the t distribution approximates the Normal distribution when sample size is large.

For a 95% cut-off, t values approach z scores when sample size is large. If sample size is small, use the t value from the appropriate distribution, depending on degrees of freedom, to calculate 95% CI.